demands from drauh on 8tracks Radio.

I love this song that was on the 1990 Dick Tracy soundtrack. Here's a Rolling Stone review of the album it appeared in.

It Was The Whiskey Talkin' (Not Me), Jerry Lee Lewis

I’m really late with this photo set. It is from a show on Halloween night at The Garage. Anyway, I thought The Dex Romweber Duo (record label site) was the highlight of the evening: gritty roots rock 'n' roll. Turns out, Dex is quite well-known. The other half of the duo is his sister Sara, who has her own long career in music. The duo’s new album, Ruins of Berlin, has been well-received in Spin. 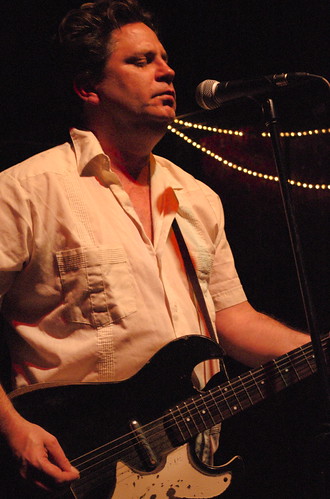 Jojo Lazar, the Burlesque Poetess, organized and hosted an evening of variety entertainment, featuring music, poetry and fiction reading, juggling, walking on broken glass, comedy, a contortionist, and partial stripping. It was held at the Amazing Firehouse in Framingham, MA.

You know the drill with the clicky clicky. 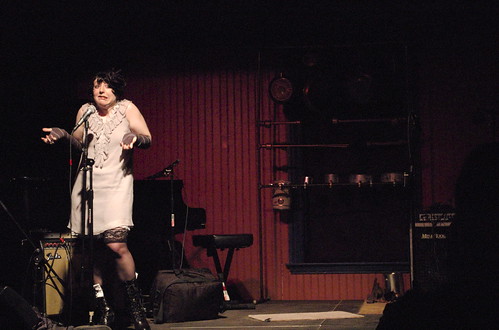 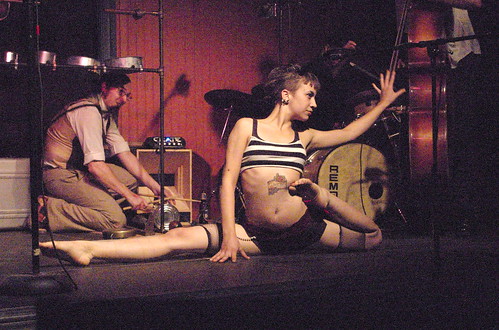 First, a little background. PBS is shooting a TV series based on Make Magazine, called Make:TV. It’s all about techie DIY, and empowering ordinary people to void their warranties. ;)

So, for the pilot episode, they feature Jake von Slatt of Steampunk Workshop. Besides being a DIYer who makes steampunkish things, he had donated a bunch of stuff to Holly and M@ of HUMANWINE, who have converted a bus to biodiesel and in which they will live and tour with the rest of the band. HUMANWINE played a small show with a few other bands (which I didn’t stay for, it being a Sunday evening) at the old warehouse complex that Pan9 used to be in. Here are the pix. (Click on them to see the fullsize, and get to the rest of the set.) Jake also blogged about this, and put a video up at Google Video: 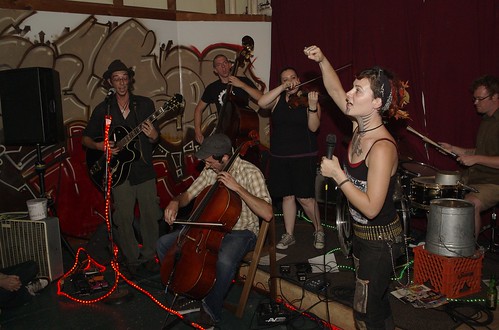 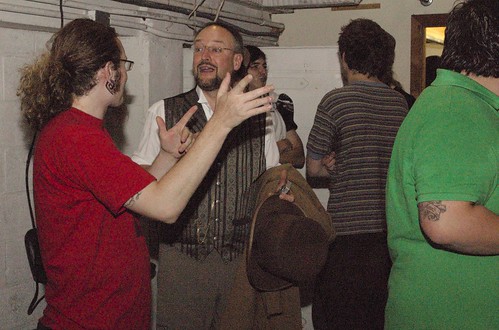 A few friends and I went to the annual Lantern Festival at Forest Hills Cemetery, a couple of blocks from where I lived last year.

Also, went to see Jon Hendricks sing a couple weeks ago. He was great. He sang with Aria Hendricks (his daughter), and Kevin Burke. I don’t remember the backing trio line-up. I have more from the show, but on film: it’ll take a couple of weeks for developing and scanning. 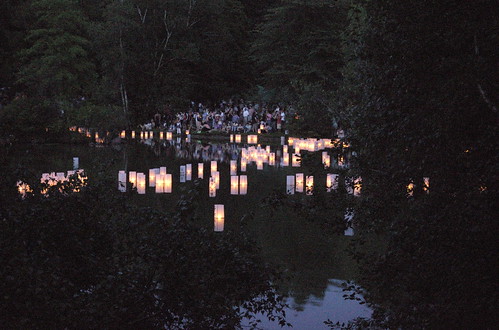 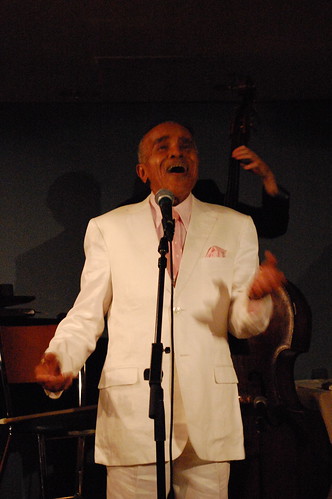 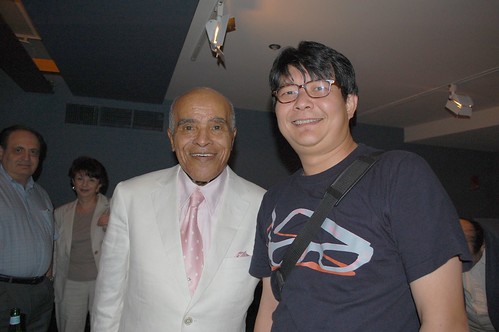 Straight out of Canton

Been a long time. Stuff happening. In particular, job hunt.

In the mean time…

The Unicorn, the Gorgon, and the Manticore

“The Unicorn, the Gorgon, and the Manticore: a madrigal opera in one act” is a lovely work by Gian Carlo Menotti, probably best known for the Christmas classic “Amahl and the Night Visitors”. It’s for chamber choir (with some solo parts), small instrumental ensemble, and dancers.

I performed this while with the Oregon State Choir at Oregon State U. (It looks like that has morphed into the Chamber Choir.) Since that performance, I have been looking on and off for a recording. I finally found one last weekend, performed by the Carolina Chamber Choir (T. Koch, conductor).

Oh, and this month marks 4 years on TypePad.